Thomas County, in the northwestern corner of the state, was created by legislative action in 1873 and named in honor of George H. Thomas, a major-general of the Civil War and covers 1080 square miles. Several of the current townships were named for Kansas soldiers who fought and died under Gen. Thomas at the Battle of Chicamauga. The county is located in the second tier of counties south of Nebraska and the second tier east from Colorado. Prior to the organization of county government, Thomas was made a township and attached to Sheridan County for judicial purposes in 1882 with Kenneth as the county seat.

Prior to Euro-American exploration and settlement the area now designated as Thomas County was utilized as hunting grounds for various migratory indigenous Indian peoples. The rich grass prairie teemed with wild life, including bison, antelope and horses and a wide array of avian life.

The first non-Indian settlement in Thomas County came in the spring of 1879, south of the present town of Gem, and a post office was established at Letitia April 1, 1879. The first settlers homesteaded under very adverse conditions and due to the virtual absence of trees, homes consisted of sod houses or dugouts. The 1881 Census showed a population of 161 and the need for a town where lumber and provisions could be brought was the talk of the day.

In the spring of 1885, a charter was issued to the Colby Townsite Company which picked a site for a town. J. R. Colby, a civil war veteran, had homesteaded at the geographical center of the township (county) and the Colby post office was established. The Townsite Company secured U.P.R.R. land approximately three miles north of Colby’s homestead and Colby agreed to not pursue the establishment a town on his homestead if the Townsite’s location could bear the name “Colby.”

Railroads have been important in the history of Thomas County. The Union Pacific arrived in 1887, and by 1888, three different lines of the Union Pacific and the Rock Island were operating.

Since practically all the land in the county was homestead or railroad land, it couldn’t be taxed. County bills had to be paid with county warrants and the payee had to find someone who would, for a considerable discount, advance the money. The purchaser of the warrants had to wait until the county acquired money with which to pay them. The commissioners rented offices around town wherever they could find to house the various county officers. In May, 1886, money was raised from the citizenry and a frame 2-story 30’ x 30’ building was presented to the county commissioners July 5, 1886. All county offices were in the new facility by July 15, 1886. That building continued in use as the Thomas County Courthouse until the present courthouse was completed in 1906, at which time the old courthouse was sold for use as a private residence.

The current courthouse, was built with the issuance of $50,000 in bonds and is of the Romanesque style with detailed limestone. The architect who designed the courthouse also designed the courthouses in Clay, Geary, Marion, Mitchell, Ness, Osborne, Rice and Riley Counties in Kansas. The clock was added in 1908 at a cost of $1200 with electricity added to the clock works in 1975 by Elton Lewis Howe of Washington, D. C.

Colby remains as the county seat and is the largest town in Thomas County with the other incorporated towns being Rexford, Gem, Brewster, and Menlo, a portion of Oakley, and the unincorporated communities of Halford, Mingo and Levant. All the towns except Colby were established in county were established as “railroad” towns. 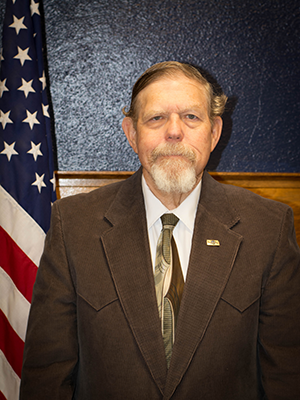 "Thomas County - Agricultural, educational, cultural and service center of Northwest Kansas!  We invite you to become a part of our progressive community!"